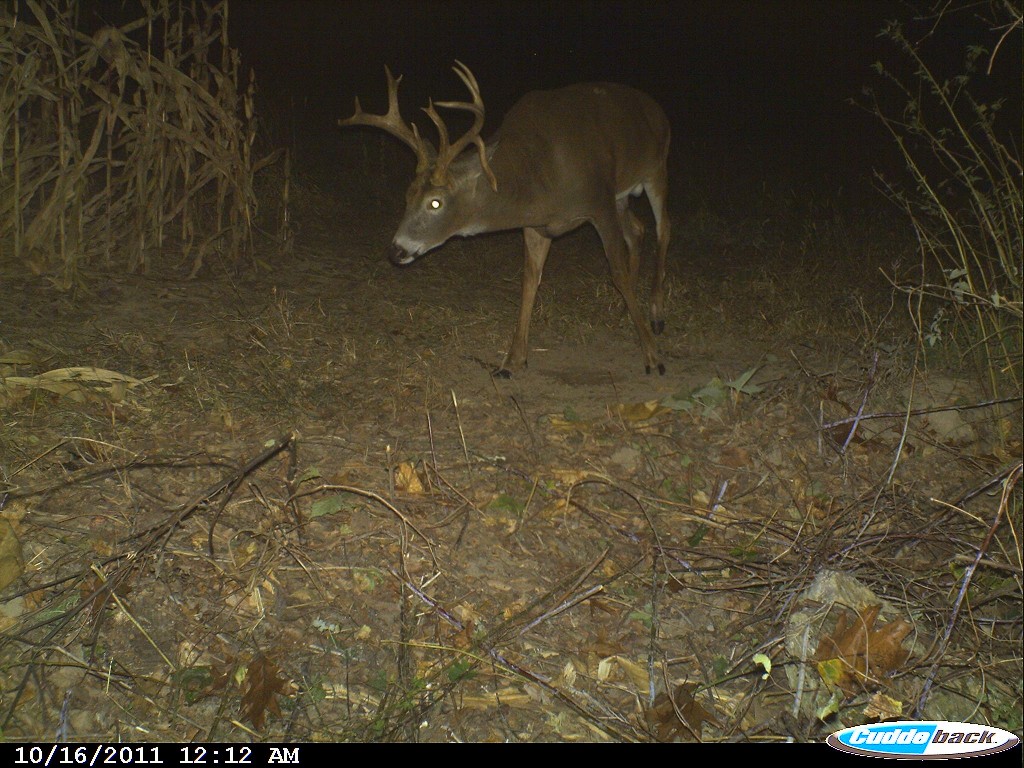 Stories about drop-tine bucks are as uncommon and rare as their namesake.  “Drop-Tine Dudley” was one such buck who graced 5 of our hunting seasons with his presence.  We had no idea that non-typical genetics existed in our hunting spot until 2010 when we got a great photo of Dudley just before he shed his velvet.  Notice that the drop-tine grew on his right antler in 2010 but then it switched to his left antler in 2011. 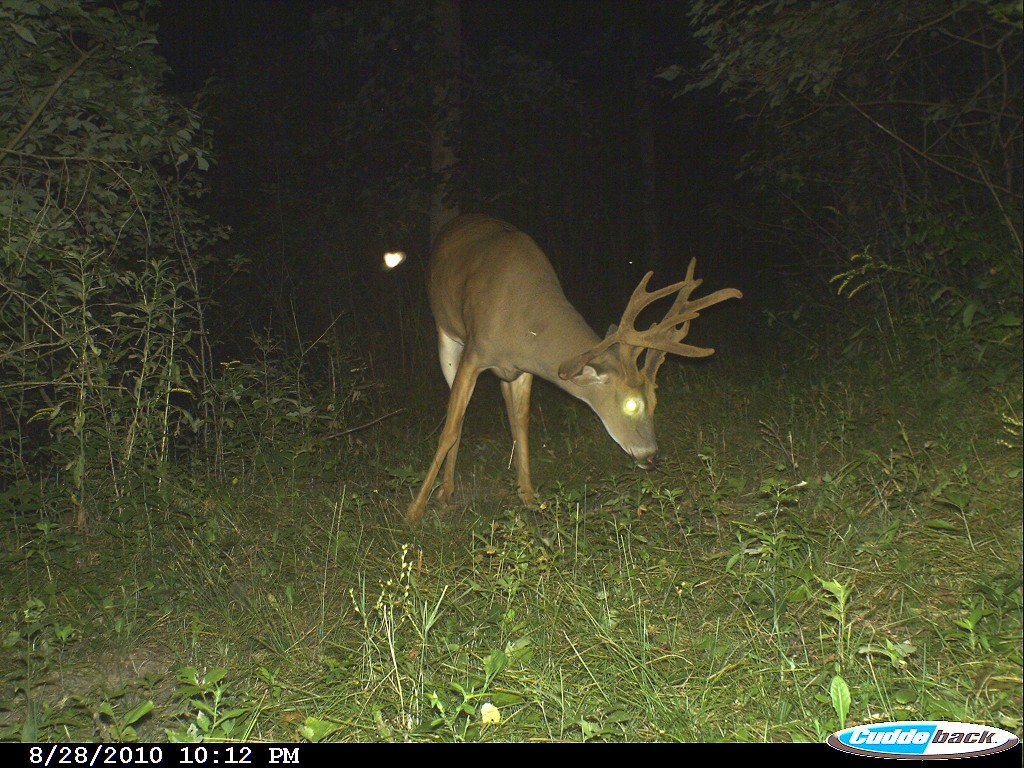 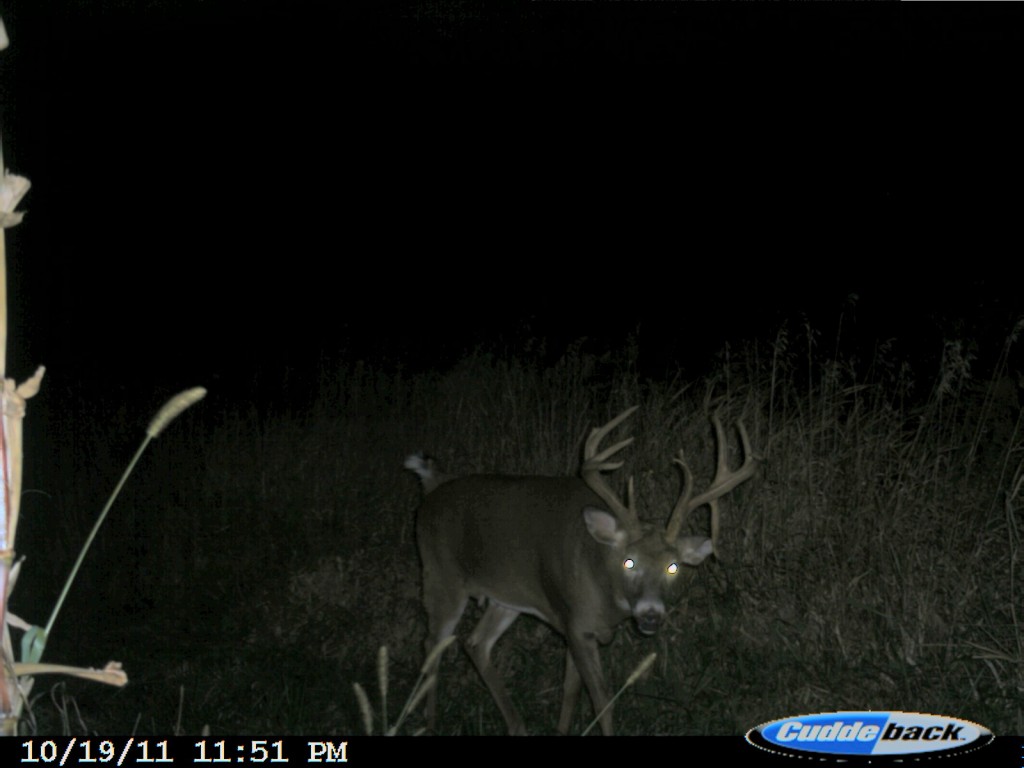 The 2012 deer season arrived without any sign of Dudley on the trail cameras.  The “October Ritual” brought him out of hiding and Dudley revealed himself to the cameras on October 26 that year.  While his 5.5 year old body was impressive in size, his antler growth was pathetic at best.  Sadly, the only form of a drop-tine that he sported was on the curved tip of his left main beam – a one-inch unofficial drop-tine! 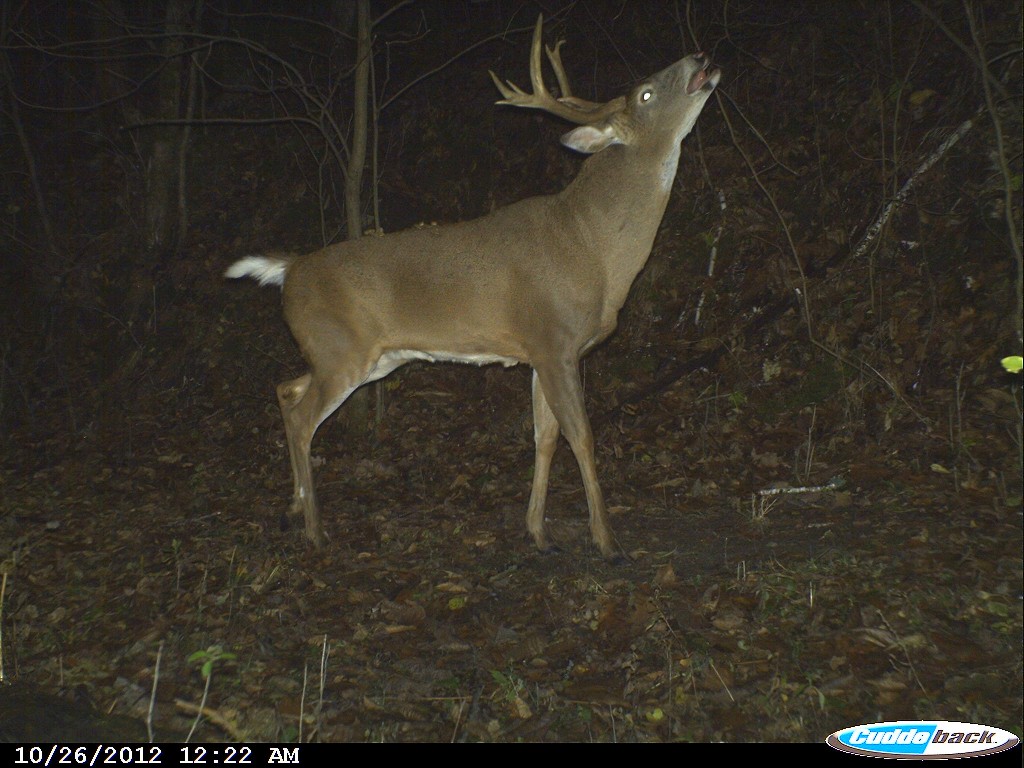 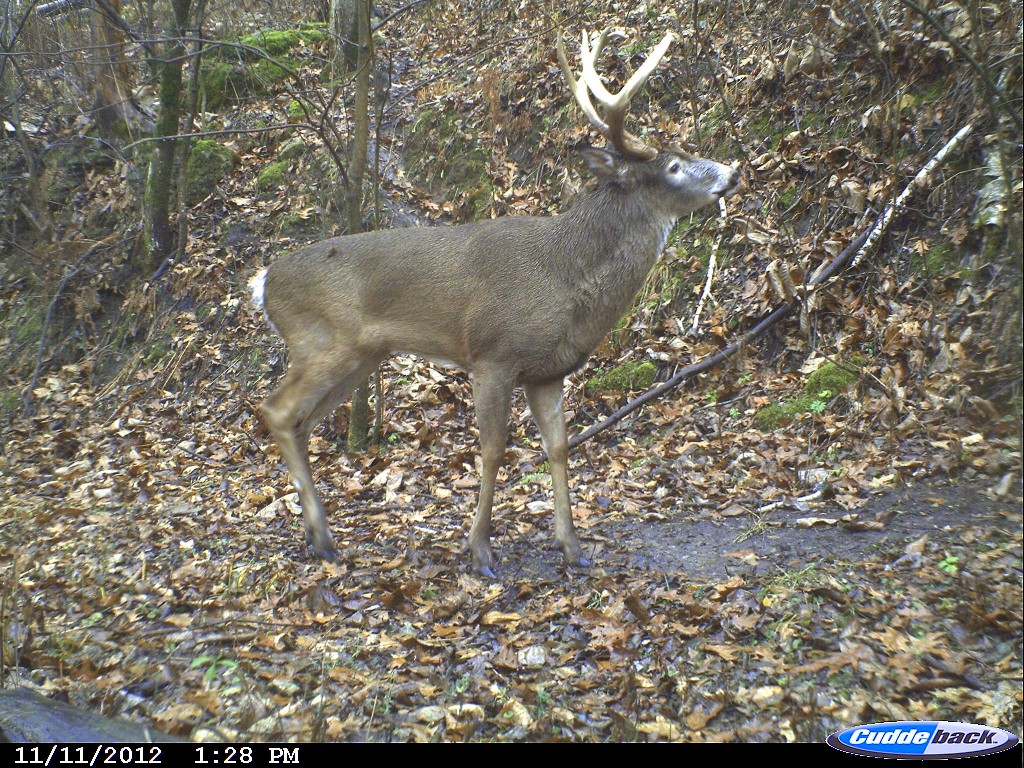 It was at this time that we emphasized the “Dud” part of his name and we decided to try very hard to remove his main frame 3X3 genetics from the herd.  Our wish was granted on the last day of the 3A shotgun season in 2012.  My brother-in-law, Pete Svien, ended the reign of Drop-tine Dudley with one well-placed shot from his 12-gauge shotgun.  It is possible that Dudley had an “off year” in 2012 and maybe he would have become a true drop-tine monster in 2013 – I guess that we will never know for sure.  But judging by the paltry antler size of his offspring running around today (none of them have drop tines yet!), odds are good that we made the right move in harvesting Dudley when we did.  Rest in Peace Drop-Tine Dudley!!!